“Rising was Rainbow‘s second album, and I’d be lying if I said it wasn’t the cover that grabbed me: God’s (or perhaps Lucifer’s) own hand thrusting from the waves of a boiling storm, grabbing a rainbow straight out of the sky. And the music’s mostly up to it (even if, like me, you were never that much of a metal fan), particularly something like A Light in the Black that storms so fiercely for your heart and soul, you tend to forget your biases. All hail the dark and mysterious power of Ritchie Blackmore‘s guitar, and the rest of the band for that matter.” (Philip Random) 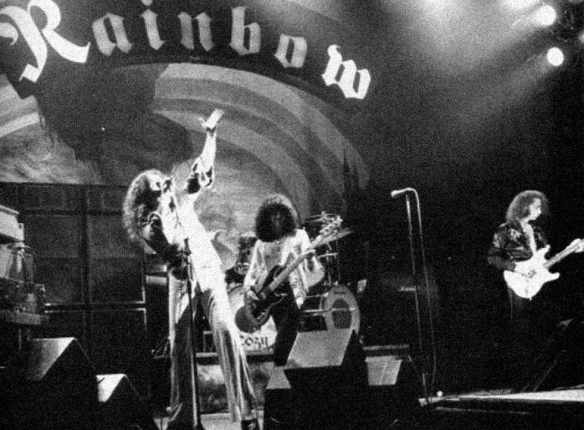