In which The Byrds lay it all out for eternity, man. Because it’s 1966 and something is most definitely happening, but what!?!? (note the question and exclamation marks), What’s Happening !?!? being notable as A. David Crosby‘s first solo songwriting credit for the Byrds, and B. succinct to say the least, the whole virulent, acid drenched confusion of the times laid out in fifty-seven words or less. Not that it was a bad historical moment — more just a state of spiritual, philosophical and emotional critical mass, a sustained chain reaction of apparently conflicting beliefs, ideas, demands and feelings that was demanding an entirely fresh and conceivably radical new point of reference, man. 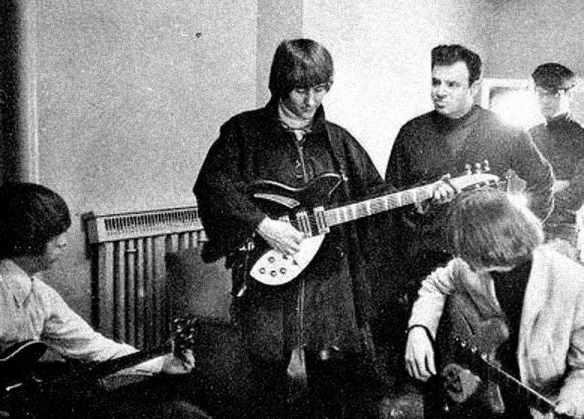