“Call it bad timing. Disco erupted as I was finishing high school, jammed up all the available radio stations, transformed all the nightclubs (just as I finally had good, foolproof fake ID). Sure it probably served some greater service to the culture as a whole, gave all the former hippie freaks and rebels something to do in the wake of their failed revolutions and insurrections – just snort coke, shake their booties, lay the groundwork for yuppiedom, Reaganomics, Tom Cruise. Yeah, I blame disco for all of that. But I always liked Don’t Leave Me This Way. Thelma Houston had the big hit but nothing touches what Harold Melvin and the Blue Notes did with it, particularly the long version. Though that was actually Teddy Pendergrass singing lead. Things were a little confused in that outfit.” (Philip Random) 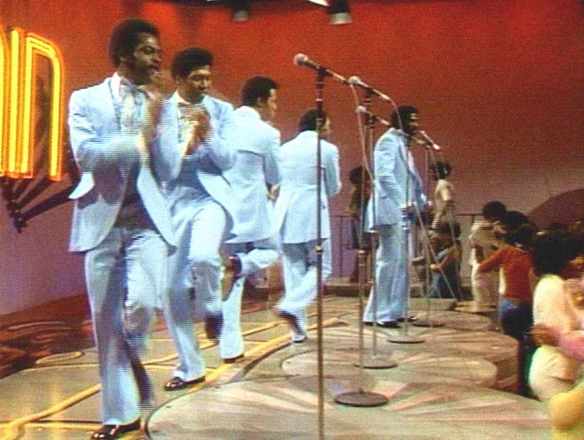