“The cut-off date for this list is officially August 2000, because that’s when I started putting it together, though you may have noticed there’s precious little in the way of 1990s stuff included. This is because it’s an all vinyl apocalypse that I’m exploring here and I pretty much stopped buying new vinyl in 1989, mainly because that’s when CDs took over (for worse more than better, I’d argue, but that’s a whole other tangent). One album I did need to own on vinyl was 1998’s In The Aeroplane Over The Sea by Neutral Milk Hotel. Because the cover’s a damned fine work of art, so I wanted it big, and because it just had to be heard in analogue form, with hisses and crackles, and all manner of other sweet imprecisions. And, in the case of Holland 1945, all that semen staining the mountaintops.” (Philip Random) 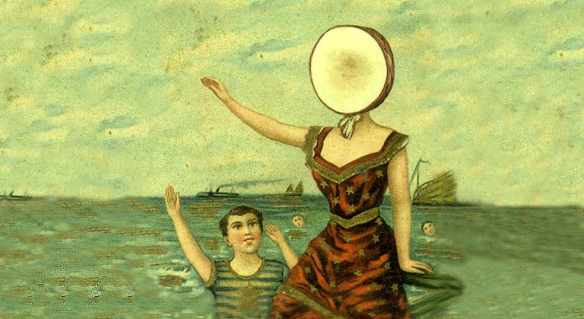