“I cannot tell a lie. The first time I heard the name Dead Kennedys, it kind of took my breath away. I didn’t say anything out loud or anything, but I liked the Kennedys, was old enough to remember the assassinations of both JFK and RFK. And now here was this punk band exploiting them. Not that I really even listened to the music. It was just trash and exploitation, right? With a name like that! It took 1981’s In God We Trust EP to finally set me straight, particularly We’ve Got A Bigger Problem Now (which I later discovered was a reworking of California Uber Alles from their first album). It was the lounge bit at the beginning that hooked me, the part about happy hour being enforced by law, and a jar of Hitler’s brain juice in the back, and Emperor Ronald Reagan born again with fascist cravings. Welcome to the future. Ready or not.” (Philip Random) 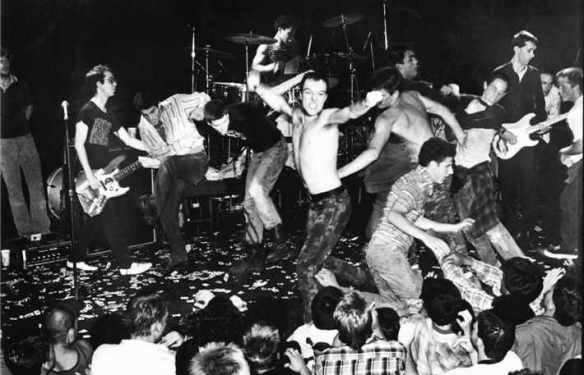