“O Superman is one of those rare records that truly stopped time. Because pretty much everybody I knew at the time (1981-82) – the first time they heard it, they literally stopped. A what is this? moment. Quickly followed by Who is this? To which the answer was simple enough — just some girl named Laurie from New York, spiky hair, artist/poet type playing her electrified fiddle, messing with tape loops and stuff, speaking (almost singing) strange and angular truths. Nothing that many haven’t attempted since but unlike anything anyone had heard before. And she nailed it — whatever it was. And that part near the beginning, the bit about ‘Hello, I’m not home right now’ —  pretty much everyone had that as their answering machine message for at least a few days as O Superman swept coolly, smoothly, strangely through the world, like a virus from outer space. Yet I doubt it ever got a single play on local commercial radio. Neither the song nor the album, Big Science, which took everything further, weirder, bigger. It’s almost as if the people running things didn’t have a f***ing clue of what was going on.” (Philip Random)

“Second of two in a row from the Clash‘s absurdly abundant 1979-80 phase which culminated in the six sided monster known as Sandinista – If Music Could Talk being (for me anyway) probably that album’s key track. Not for any grand power or standalone attainment, but simply for its inclusion — that a band as righteously raw and committed as The Only Band That Mattered™ could deliver such an oddly sweet and beatific ode to not rebellion-revolution-insurrection, but music itself. Which gets us back to that suburban house fire, 1981 sometime, the mixtape I had playing on the walkman care of my good friend Simon Lamb. If Armagideon Time was more fuel for the fire that was our whole broken and corrupt Cold War western culture, then If Music Could Talk, which came after, was some kind of next chapter, an odd little path leading wherever it is that only music can go, not even poetry can keep up with it, though there is a pile of poetry in If Music Could Talk, the words spilling like rain down both channels of the stereo mix, not making sense so much as easing beyond it, because we already knew it way back then even if we couldn’t quite find the words: the revolution, or evolution, or whatever it was going to take to somehow NOT annihilate ourselves in some kind of forever war – it could not be rational.” (Philip Random)

“I believe I’ve already rhapsodized about David Byrne and Brian Eno’s My Life In The Bush Of Ghosts, how it changed everything forever, put sampling into the cool music toolbox, set more than just the white man free. But it was also a hell of a fun album in a creepy way, and nowhere more so than Jezebel Spirit, the track that used audio from an actual exorcism to serve its groove, which yeah, is pretty dime a dozen in certain goth and industrial circles these days, but man, what a groove! And this was early 1981. Ronald Reagan had barely been sworn in as President, John Lennon had only recently been murdered. Mix in the strong LSD that was suddenly so plentiful in my little corner of Americaland … and let’s just say some deeply weird realms were explored, entities encountered, the Winter of Hate enthusiastically engaged, not that we had the term figured out yet. But the soundtrack was already strong.” (Philip Random)

“I believe that the sex beat the Gun Club are on about here is what the kids call rock and roll. Which is why all the preachers and the like wanted it banned back in the day which, of course, is the best thing that could ever have happened to rock and roll. And it continued to happen over the years. Tried to anyway – the cleaning up of that filthy sex beat. Which whenever even remotely successful, only forced it underground, the filthiest place of all. And thus it ran into the likes of Gun Club in the late 70s, early 80s, drinking and drugging their way around the grungiest dives of LA, dysfunctional as f*** and thus one of the greatest bands most decent folk have still never heard of, and thus still capable of shaking a few foundations. All hail the self righteous. They know not what they do, and they do it so well.” (Philip Random)

“I guess you could say this strange age we still find ourselves in officially landed with Kraftwerk in 1981 — everyday people owning artificial brains, keeping them in their homes next to the TV maybe, playing games on them, writing with them, making music. Not that I was paying it all much attention in 1981. I was mostly confused in 1981, or more to the point I was fighting confusion, because I’m still confused. I just gave up the fight a long, long time ago. Which gets us back to Kraftwerk, Computer World. What an album! Sounded exactly like the future that we all had coming, ready or not. And I guess I was. Ready, that is. In spite of all the confusion.” (Philip Random) 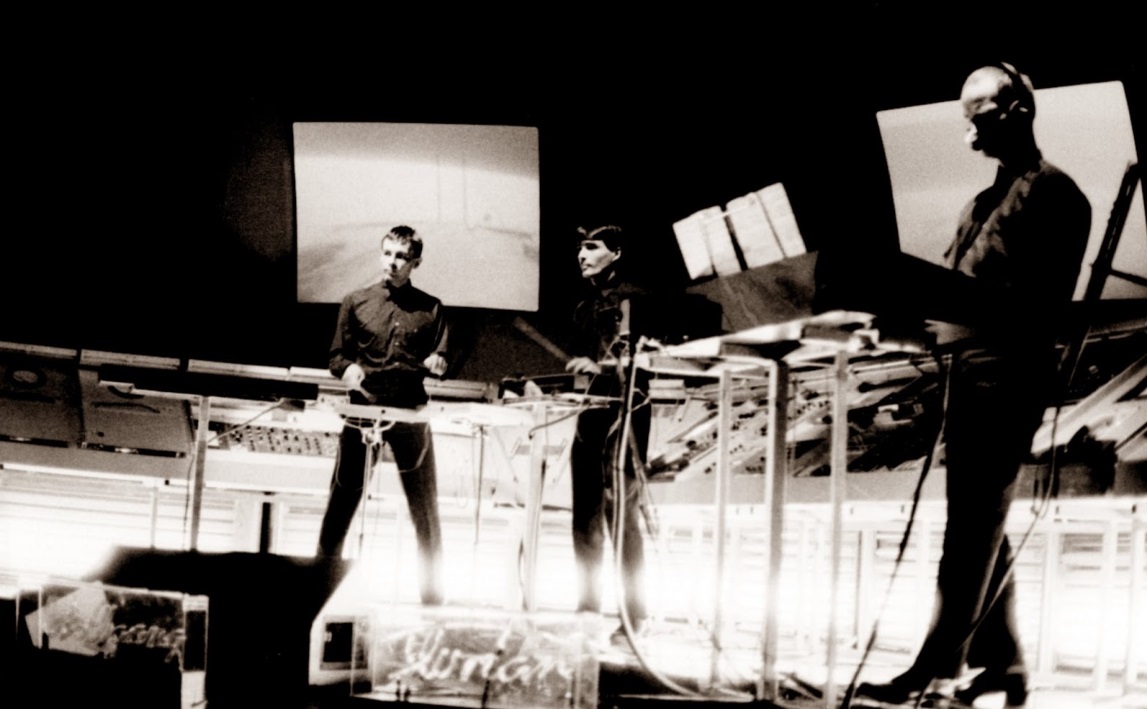 “Second of two in a row from the Clash‘s last truly great, truly world beating album, the six-sided monster known as Sandinista. In the case of One More Time (and it’s dub), that means the ideal soundtrack for an ironic walk through an upscale suburban enclave on a warm spring evening (‘must I get a witness for all this misery?’), particularly if there’s a house fire in the vicinity, sirens a-howling, black smoke rising, and you’re a little high on LSD. This actually happened to me, 1981 sometime. I ended up watching it all from maybe a block away, and thinking (not for the first time) that the Apocalypse wasn’t something that was coming, it was already here, and I was in the middle of it – and so was everybody else. Armagideon times indeed.” (Philip Random)

“Have I raved enough yet about Sandinista, the vast and multifaceted Clash album that doesn’t generally end up on Best Of All  Time Lists? London Calling being the one that tends to get all the glory. Which it deserves, of course, but I would submit that sometimes more really is MORE when it comes to art, beauty, meaning, rebellion everything. Which, in Sandinista‘s case means thirty-six tracks spread across six sides of vinyl, enough to drown in if necessary. And maybe it is. Necessary. Because Sandinista is the greatest band in the world (at the time) firing all of their guns at once and hitting way more often than they miss. Broadway shows up at the end of Side Four. A slice of Beat-like poetry that may start out weary and down for the count. But never count this band out. Ever. Not in 1980-81 anyway.” (Philip Random) 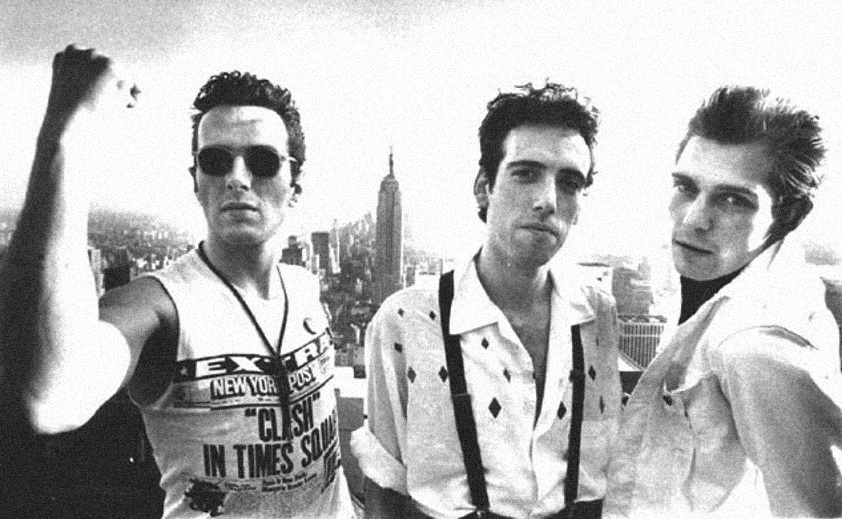 “Wall of Voodoo being one of the first uniquely post-1970s outfits I ever threw in with — tight, unafraid of new technology, a little nasty, full of film noir shadows and surprises, even some laughs. And they could deliver live. Which is what happened in Vancouver’s Luv Affair, early 1982, one of the great shows of that or any year. They opened strong with a cover of Johnny Cash’s Ring of Fire, and it all peaked maybe an hour later with Back In Flesh – a song about what happens when your arm gets smashed and your salary gets cut and the corporation’s boiling over … and everything else. Yeah, it sounds a bit like the B52s, I suppose, but what the hell’s wrong with that?” (Philip Random) 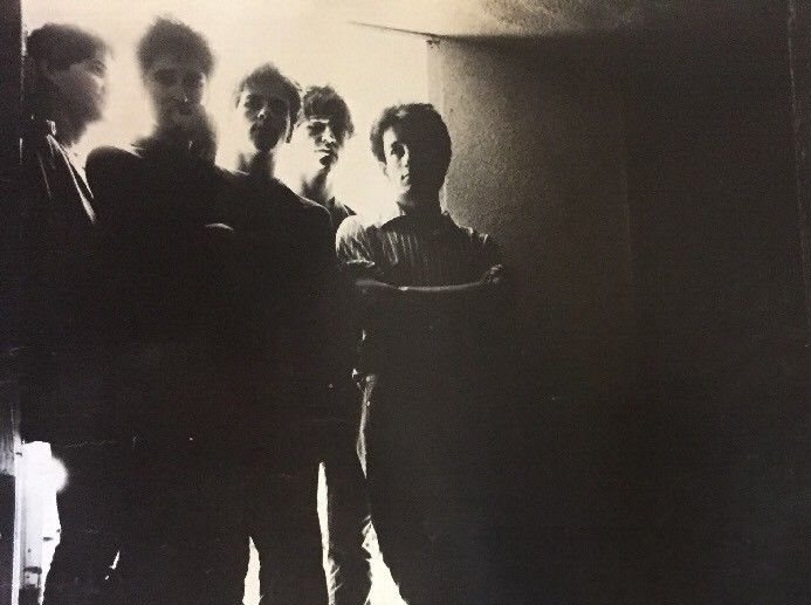 It’s 1981 and, after a seven year hiatus, Robert Fripp has decided to reboot the monster known as King Crimson. The new album is called Discipline and it’s clear from the opening seconds of the first track Elephant Talk that it’s all for the good. Tight and modern as the album title suggests, but also dangerous and beautiful in a primal, wild animal sort of way. Special thanks to new guy Adrian Belew‘s guitar athletics. And his vocals aren’t bad either. Not exactly rapping on Elephant Talk. Not singing either. Just arguing, agreeing, babbling, bantering, ballyhooing, chattering, chit-chatting, diatribing … and so on. Which is rather what the world sounded like in those days. As it still does.