“Eric Burdon took his whiteman-slumming-in-the-blackman’s-world thing all the way to the edge (and beyond) on his second (and last) album with the band known as War, with the epic take on one of the great Rolling Stones songs a definite (and definitive) highlight. It was released in 1970, but I didn’t hear until 1994.  A moment I remember all too well.  Kurt Cobain had just offed himself, everybody was fumbling around in shock at my friend Steven’s place. Suddenly some guy whose name I forget said something like, ‘F*** you, Cobain. There’s always something to live for. I bet you never even heard this.’ And then he slapped side one of Black Man’s Burdon on the turntable.” (Philip Random) 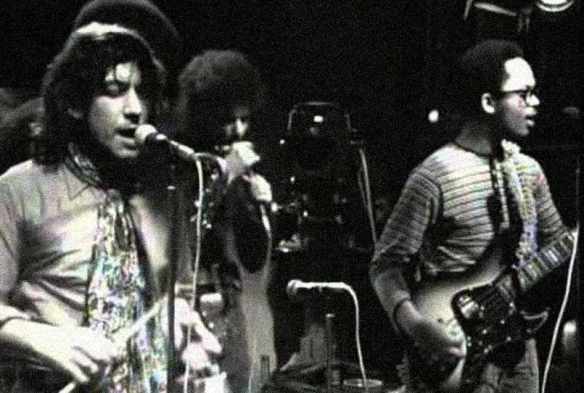