“By 1971’s Islands, their fourth album in barely two years, the force of mind and nature known as King Crimson were not so much lost as just a very long way from shore. Down to only two of the original five members, and one of them (Pete Sinfield) had never provided much in the way of actual music, just “… words, sounds and visions, cover design and painting, production” (and in fact, he was on his way out, Islands would be his last Crimson involvement). Robert Fripp, on the other hand, was firmly ensconced on whisper-to-apocalyptic-howl guitar, with Sailor’s Tale a particularly powerful offering. Just wait until whatever high you’re riding is at its peak, then crank the sound system and wait for that sucker punch eruption at around the 4-and-a-half minute point. Not a sudden eruption from silence. No this is far trickier than that. Because the song’s already charging along at that point. It just suddenly goes way further. The earth shakes. The skies open. A gaping hole gets blown from the jigsaw of time.” (Philip Random) 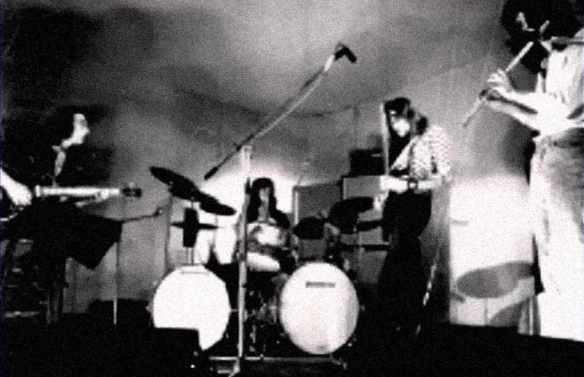