Neutral Milk Hotel‘s 1999 album, In The Aeroplane Over The Sea gets a special nod here for giving us the most recent selections on the list. Though it should be noted that the entire decade of the 1990s is rather woefully neglected mainly because Philip Random had mostly stopped buying new vinyl by then. “CDs were the thing at first, and then mp3s. But something about In The Aeroplane Over The Sea – I just had to have it in full twelve-inch form. And not just for the cover, though it’s a hell of a cover. Nah, it just didn’t feel right unless I was getting some vinyl hiss and ticks, like a throwback to those times when the blemishes mattered. The blemishes always matter, which main Neutral Milkman Jeff Mangum makes clear every time he opens his mouth and thus his soul, young man with a whole new way of turning breath to voice. And the whole album’s strong. Not an unnecessary moment. Including the few seconds it takes to flip it over between sides.” 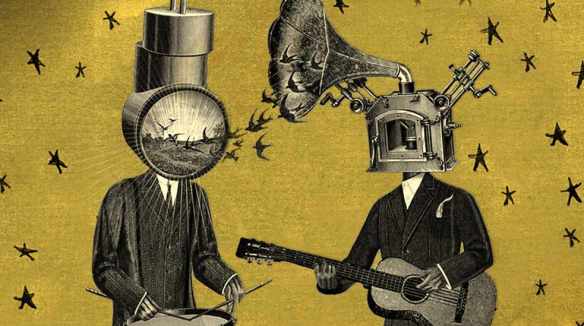