Reginald Dwight (aka Elton John) was beyond huge through the first half of the 1970s  – ten studio albums (plus one soundtrack) between 1969 and 1975 and none of them awful. Captain Fantastic and the Brown Dirt Cowboy was the last truly good one though, with the title track working a sort of country feel that shouldn’t have worked coming from an English suburban kid, but it did. The 70s were like that. Lots of fantasies realized … until the cocaine took over. 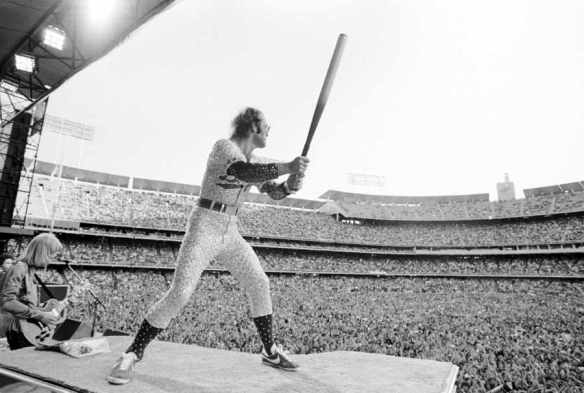