“I would’ve first heard of the New York Dolls when they were still pretty new, 1973, early Grade Nine. A friend pointed out a picture of them, probably in Creem magazine, guys in dresses, even freakier than Alice Cooper. No mention of their music. In fact, I wouldn’t hear any of that for at least another five years. A mixtape heard at a punk rock party. I’d say they fit right in, but they didn’t. They stood out. Like the Rolling Stones at their sleazy early 70s best, except harder, trashier, sleazier. Who cared what they were wearing?” (Philip Random) 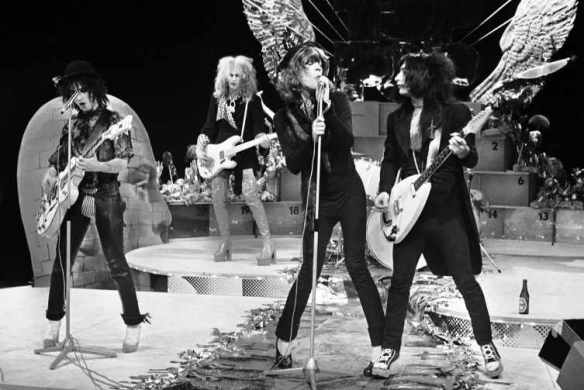