“The release date of Berlin based Einsturzende Neubauten‘s fifth album Haus Der Luge was 4-September-1989, roughly two months before The Wall finally fell. So yes, all that rage and delirium you’re feeling, it’s the real thing, the house is indeed full of lies, the new buildings are all coming down, Neubauten being one of those bands who absolutely sounded like the history they were riding, the sum result of forty-odd years of two opposed worlds grinding up against each other, something/everything finally giving. Historians now seem to give Ronald Reagan the credit. F*** that sh**. It was Neubauten all the way. Music that dissolved concrete, melted barbed wire, changed everything forever.” (Philip Random) 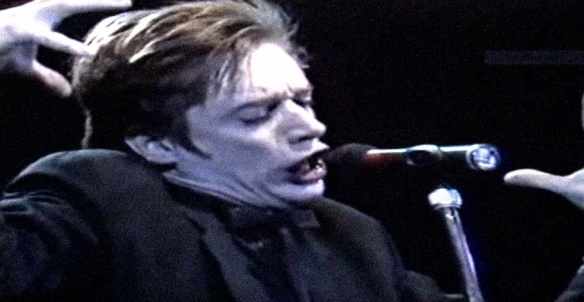