“Patrick Gallagher was my life’s first full-on Beatles fan. Every Christmas, he’d get a new Beatles album. In 1968, that meant the White Album, two records exploring all kinds of extremes, most of them miles over our tiny heads (his ten years old, mine nine). But we liked the monkey song. What kid wouldn’t like a monkey song? Even if it turned out to have nothing to do with monkeys at all, but was John Lennon’s take on the great and faultless Maharishi being a bit of a horndog, trying to get his hands on Mia Farrow’s ass, and how this didn’t seem to fit the man’s intimations of higher wisdom and humanity. Also, maybe heroin.” (Philip Random) 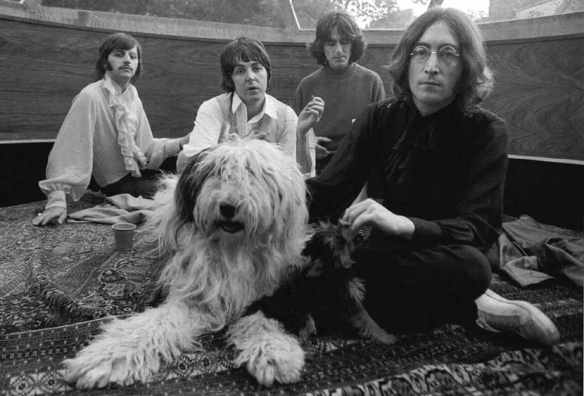