“In 1989, when Can U Dig It was fresh and entirely cool, it felt inconceivable that this particular Pop wouldn’t just eat itself, it would eat the whole f***ing world. Because Pop Will Eat Itself had a beatbox, samples, world eating smarts and guitars – who needed anything more? But it wasn’t to be. Can U Dig It did not hit massive all over and everywhere. I guess the Poppies just weren’t cute enough (or maybe black enough). And ultimately, who cares? It’s the world’s loss, not mine. I’ve still got my Furry Freak Brothers, my Twilight Zone, my pumping disco beats. And yeah, Alan Moore still knows the score.” (Philip Random) 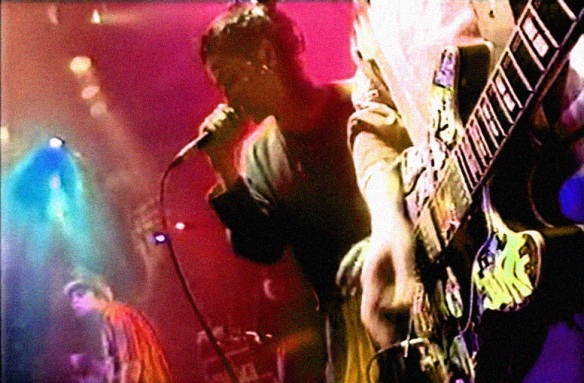 “Was I cool enough to be hip to Pop Will Eat Itself in 1987? I think so. Or maybe it took until 1988. Those were weird days, and seriously, I wasn’t the cool one, it was the people I was hanging with. By 1987-88, I was deep in a negative hole of my own making (though the Reagan Administration had helped), which was manifesting musically as NOISE, and also looking backward, digging through old records, because I couldn’t afford cool new ones. Which by 1987-88 meant Hip-Hop if you were even half paying attention. And I was, I guess, I just wasn’t buying much, because I was so broke. Which reflects now in how woefully misrepresented that form is on this list. Because it’s all there (Guideline #1). Except I did buy Box Frenzy. Or maybe somebody just gave it to me, no doubt because they’d decided Pop Will Eat Itself weren’t properly cool anyway, being white guys, and long-haired geeks at that (Grebo was the name of the scene). But I’d pretty much given up on cool by the end of high school anyway. Lucky me.” (Philip Random)

Before they were mixing it up with big beats and samples and otherwise bringing the millennial noise, Pop Will Eat Itself were psyche-garage punk malcontents (aka Grebos), and way smarter than they were letting on as their torn up take on Sigue Sigue Sputnik’s annoying 1986 hit made rather clear. And no, there’s no intended Satanic significance in this being the 666 selection on the list – just how things worked out. 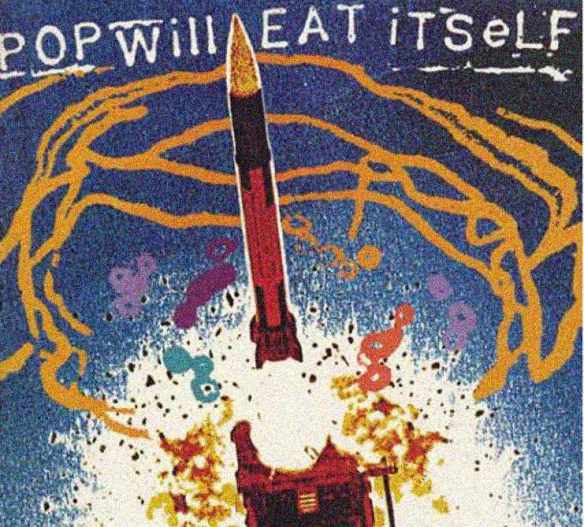 In their early days, Pop Will Eat Itself presented as dumbshit grebos, getting wasted, kerranging away in the garage with guitars and beatbox. And yet, their future genius was already hiding in plain in the guise of a cover of an obscure Shriekback groover turned sideways and rocked up into two-and-a-half minutes of full-on psychedelic revelation. Because it is true, everything that rises does converge … if you’re high enough. 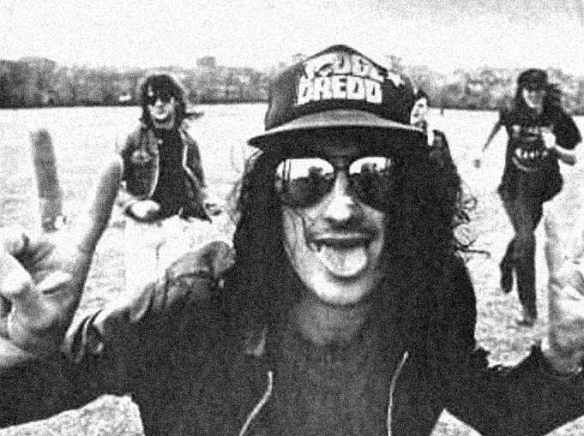 This one (from Pop Will Eat Itself’s 1989 mega-brain-exploder of a masterpiece, This is the Day … This is the Hour … This is This) concerns the legal problems of James Brown whose beats everyone was happily stealing at the time. 1989 being one of those years in which EVERYTHING seemed to be happening all at once, mainly because hip-hop was finally, officially here to stay, and with it sampling (everything ever recorded really) setting folks free in ways they could never have imagined possible. At least until the lawyers got involved.