Marianne Faithfull’s take on Sister Morphine is probably the best Rolling Stones record ever that most people haven’t heard, even if it’s not Mick singing and it’s not technically the Stones. Because Mick is apparently playing some guitar (along with Ry Cooder) and that’s Charlie on drums. Who knows where Keith is?  Probably on the nod. Which drives home the point. Marianne Faithfull gets the credit and she deserves it all the way, but Sister Morphine is very much a 1969 Stone-truth being imparted. It’s not the Summer of Love anymore. The drugs have gotten too heavy. Souls are being crushed. None of this is going to end well. 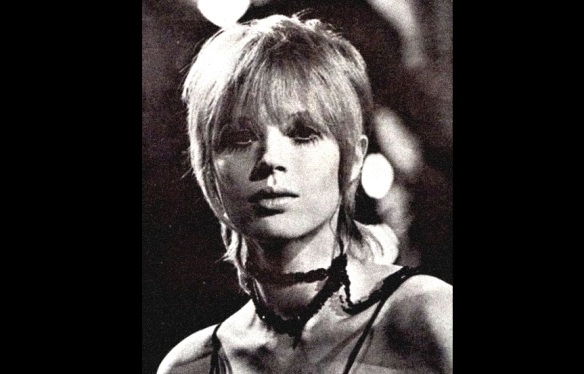 “By the time I was thirteen or fourteen and paying proper attention, there were three versions of I Know I’m Losing You percolating around the radio airwaves: The Temptations’ original, Rod Stewart’s stomping rocker, and Rare Earth‘s stretched out epic. Actually, make that four, because Rare Earth also had a live version which was the best of bunch – rock hard, funky, a powerhouse that just went on, on, on, because sometimes, what’s going down is just too good to stop, so you don’t. A lot of great early 1970s music had this, particularly on live albums. Like the message hadn’t been received yet that the revolution was over and the good guys lost, so just keep pushing, pushing, pushing, this superlative noise must never stop. And as long as I manage to hang onto albums like Rare Earth In Concert, I guess it won’t.” (Philip Random)

“Speaking of Hawkwind, I realize it’s difficult for those who haven’t been there to grasp, but the difference between their sci-fi epics and everybody else’s, is that theirs are real (note the present tense). They aren’t fantasies. They’re honest tellings of events from the edge of time itself, where even now mystical warriors stand at the very brink of the vortex, the void, the abyss … and they hold true, they redeem us all. By which I mean Space Ritual may have been recorded live in 1972, decades from where I’m currently sitting, but I’m here to tell you that distance is all illusory, a side effect of the weirder than weird mechanics that make so-called reality at least begin to make sense to our puny mortal minds. Which I realize must be confusing as hell to try to comprehend. So don’t. Just listen to the album, and if you’ve only got time for one track, make that Master Of The Universe, because it’s solid sonic proof of everything I’ve just stated. It’s truth itself. And it rocks like a mother****er!” (Philip Random)

“Remain In Light was the Talking Heads’ fourth album, and the one that finally forced me to admit they were probably the best band in America, possibly the world. Because here was the future, not coming, already here, and cool and strange in ways I just wasn’t prepared for. Rhythms and poly-rhythms and drones and eruptions taking songs in all kinds of unprecedented directions, like they’d somehow heard all the music in the world and figured a way to get it into a 40 minute album of so-called pop music, or in the case of Crosseyed and Painless (concerned with urban paranoia apparently) one less than five minute song. Brian Eno helped, of course.” (Philip Random)

“Second of two in a row from the Clash‘s last truly great, truly world beating album, the six-sided monster known as Sandinista. In the case of One More Time (and it’s dub), that means the ideal soundtrack for an ironic walk through an upscale suburban enclave on a warm spring evening (‘must I get a witness for all this misery?’), particularly if there’s a house fire in the vicinity, sirens a-howling, black smoke rising, and you’re a little high on LSD. This actually happened to me, 1981 sometime. I ended up watching it all from maybe a block away, and thinking (not for the first time) that the Apocalypse wasn’t something that was coming, it was already here, and I was in the middle of it – and so was everybody else. Armagideon times indeed.” (Philip Random)

“Have I raved enough yet about Sandinista, the vast and multifaceted Clash album that doesn’t generally end up on Best Of All  Time Lists? London Calling being the one that tends to get all the glory. Which it deserves, of course, but I would submit that sometimes more really is MORE when it comes to art, beauty, meaning, rebellion everything. Which, in Sandinista‘s case means thirty-six tracks spread across six sides of vinyl, enough to drown in if necessary. And maybe it is. Necessary. Because Sandinista is the greatest band in the world (at the time) firing all of their guns at once and hitting way more often than they miss. Broadway shows up at the end of Side Four. A slice of Beat-like poetry that may start out weary and down for the count. But never count this band out. Ever. Not in 1980-81 anyway.” (Philip Random)

“I’m pretty sure Ray Charles was considered to be past his prime by 1975. And indeed the rest of this album, Renaissance, tends toward ballads of an over-produced nature, but damn if he doesn’t take Stevie Wonder’s Living For The City to church here. Which isn’t to say it’s superior to the original, just so righteously pumped up that angels can still be heard wailing. But are they laughing or crying?” (Philip Random)

“Speaking of Jesus and surrealism and full-on agit-prop satire, Christianity Is Stupid has to rate as one of Negativland‘s high water marks. I remember it being particularly useful roundabout Christmastime, 1987, peak of the so-called Winter of Hate observances. Which, I suppose, are best understood as the mirror opposite of 1967’s Summer of Love  observances, neither being exactly what they were advertising. In other words, there was more than little fear and loathing caught up in all that overhyped San Francisco hippie shit (even if some of it was no doubt wonderful); likewise, there were traces of peace and love to be found in the massively under-hyped Winter of Hate (even if much of was deliberately abysmal). And whatever was going down (or perhaps up), Christianity is Stupid has to stand as one of its key anthems, a record you generally played at people (as opposed to for them). It even caused a proper controversy, which still seems to be playing  out. And oh yeah, the whole damned album‘s a masterpiece. Assuming noise is your thing, interruption, interference.” (Philip Random) 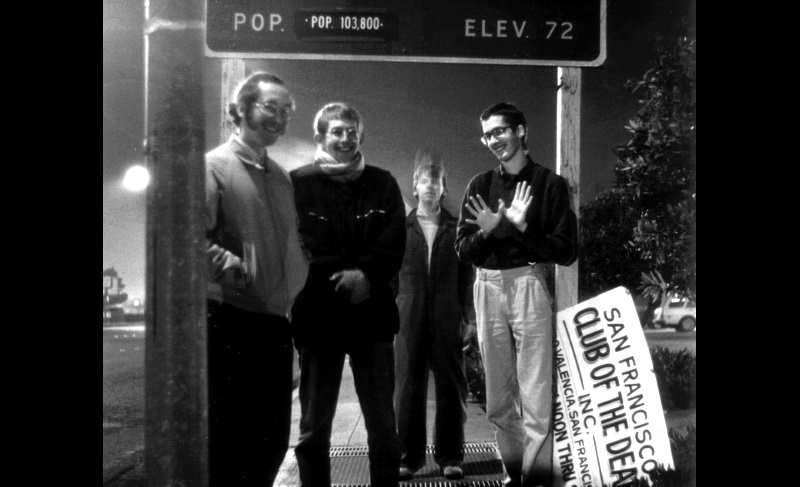