“Because sometimes the music just needs to be BIG. And who better to lay it all down than the band that put a name to such stuff, The Waterboys, who yes, as a matter of fact, were more relevant than U2 in the power and passion realm come the mid-1980s. Because in main man Mike Scott, they had a proper a poet on board, and thus more colours, clearer visions, greater incision. At least that was the argument a few months ago. This Is The Sea (album and song) versus The Unforgettable Fire (album and song), both high water marks, no doubt, but Waterboys had more of it, whatever it is, because water beats fire every time. I guess. What I can easily say now, many years after the fact, is that the album (and band) that still speaks to me is the outfit that Mr. Scott put together way back when, because unlike U2, he found a way to haul on the reins at just the right moment, stopped the whole mad and beautiful thing from charging off into the abyss of fame and ridiculousness which, I figure, mainly meant not losing focus, making sure the music and poetry that infused it remained bigger than all other concerns. Or something like that. Because like the song says, this ain’t no brook, no creek, no river even, this is this, as big as it gets. Bigger than words anyway.” (Philip Random)

Fisherman’s Blues is the album where main Waterboy Mike Scott went to Ireland for a few days, ended up getting lost on the west coast somewhere, not returning for years (or so the legend goes, and goes, and goes). We Will Not Be Lovers feels like the result of a powerhouse jam session wherein rock and folk attitudes piled into each other in a sustained and brilliant collision. “The words are pretty sharp as well, concerning the opposite of a love. Not hate so much as … well, you know the feeling. You look that other in the eye and all you can see is carnage. And yet you are compelled.” (Philip Random)

The Final Countdown* is our longest, most random and (if we’re doing it right) relevant countdown yet. Which doesn’t mean we’re one hundred percent clear as to what it’s all about – just the end of result of a long and convoluted process that finally evolved into something halfway tangible a month or so ago. The 1297 Greatest Records of All Time right now right here, if that makes sense. And even if it doesn’t, we’re doing it anyway for as long as it takes, and it will take a while.

Old England being the grimmest track found on the Waterboys‘ otherwise mostly uplifting 1985 masterpiece This is the Sea. Because what value empire when it’s children are giving up, choosing instead the kingdom inherent in refined opium? You can see it in their heroin eyes. The sun is most definitely setting. And just to make it clear he wasn’t messing around, main Waterboy Mike Scott would soon be relocating to Ireland with (again) almost entirely uplifting results. 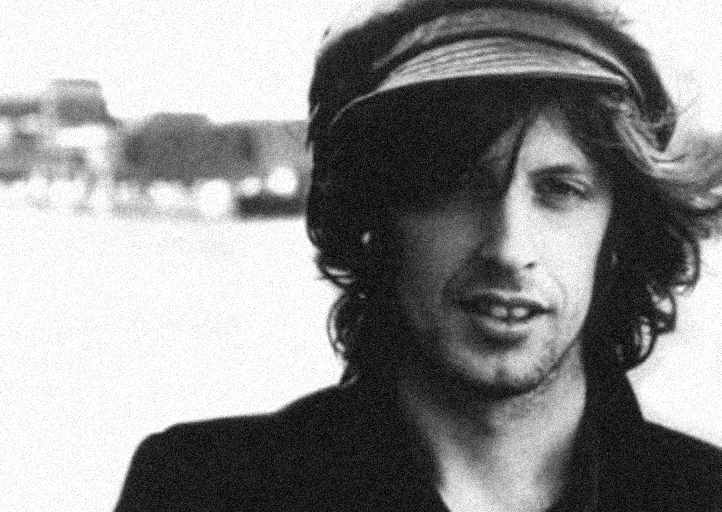 Catchy pop gem from the Waterboys‘ self-titled first album about a girl with a boy’s name (in fact, a tribute to Patti Smith). What’s not to like? And why again didn’t we get to hear this on commercial radio?

Here it is in two Mixcloud streams.

Plus a very special Movie of the Week — Monty Python’s Pleasures of the Dance.

The podcast of the full program is available for download here …

A special program in which we look back with fondness at cherished memories of Christmases past. Try to anyway, as it turns out the Jukebox is still stuck in minimum 49-percent prog-rock mode after the previous week’s 1974 blowout.

Which isn’t to say there aren’t plenty of highlights, seasonal and otherwise.

Sorry about that. The rest are guaranteed highlights, presented more or less in the order they were broadcast.

Written by George Martin for some TV show or other. Reimagined for drums, keyboards and various horns by Van Der Graaf Generator at their 70s freakout peak.

Ripping off Gustav Holst, and owning it.

They don’t say which King Henry, though this strikes us as decidedly Shakespearean. Which raises the question. Where the hell are all the rocked up Shakespearean Christmas carols?

The Clash – if music could talk …

… then we truly would have peace on earth.

What it’s really all about.

The word is love.  The time is now.

An interpretation of William Blake’s cosmic musing on Britain’s industrial revolution (those dark Satanic mills) and Jesus Christ himself taking a little walk ‘cross England’s green and pleasant.  ELP at their least annoying.

December even mentions the Christ child, but it’s not so much a Christmas song as a meditation on the gloomiest time of year, and how we always seem to find the light to see our way through, which seems to be what spirit’s all about.

A song about many things, most of them indecipherable, but there is homesickness at the root of it. You think Buffalo’s a long way away? Try Belfast.

In which the Earth Band manage in ten minutes what Bob Dylan’s original accomplished in less than two.  And yet, we’re pretty damned sure that the good Lord has love enough for both.

From the first part of a long lost trilogy.

No one’s ever mumbled it better.

Philip Random’s favourite Christmas carol is not completely ruined by this sort of jazz rock arrangement … with small orchestra.

The band that brought bassoons and krumhorns to rock. And one more time, why is there not more of this sort of Shakespearean groove available this time of year?