“Call Transmission the song that finally got me around to loving Joy Division. Because at first, they mostly annoyed me. Not because of the music. Nah, it was the death cult, the ‘Ian died for our sins’ crowd. Which is overstating it, I don’t recall anyone actually saying that. But it sure felt like it at times. ‘You must take this song very, very seriously because the man who wrote and sang it killed himself – how serious is that?’ To which I’d counter, so what you’re saying is Joy Division are half a serious as Badfinger because two of those guys killed themselves. Which I’ll now apologize for. That’s asshole logic. Which isn’t to diminish Badfinger at all. Badfinger were a great f***ing band. But they were no Joy Division. They didn’t change everything forever.

Joy Division being one of those ground zero outfits, I think, there being a universe that existed before them with its own unique rules and peculiarities, and then they showed up and those rules and peculiarities changed. Forever. And no, it wasn’t the suicide. It got a lot of folks’ attention, for sure, but if there hadn’t been something uniquely sharp and fresh and yeah, deadly serious, in the actual music, well, we’d be talking about some other band. And anyway, despite appearances, I like to think there is at least a little actual joy to be found in the Joy Division discography. Maybe in Transmission, a love song that doesn’t tear anyone apart, because the focus isn’t on some other — just the right song at the right moment on the right radio station, and what it can do for a lonely human soul. It can set that soul to dancing. And when you’re dancing, you are not alone … even if you’re the only one in the room. Of course, I’ve heard the exact opposite argued – that Transmission is a condemnation of radio, of all the crap that people will listen to in order get their minds off all the troubles of the world. Guess we’ll just have to keep arguing, because the guy who wrote it checked out long ago.” (Philip Random)

“Rock music is weaponry, no question. Final ammo of the disconnected, the lonely, the desperate. And who better to grasp this, put it into words and song but the Alien himself – David Jones, aka Bowie, aka Ziggy Stardust? Because even aliens are human, deep down inside. Or better put – we’re all aliens at some point, from some angle or other, alone at the edge of the night, and never more so than at some pivotal moment in our f***ed up youth, hanging onto the edge of some unfathomable abyss. To be or not to be.

The palpable memory for me here is my friend James, long gone now, because he let go of the edge, became a rock and roll suicide. Was he even aware of this song? Probably. He knew his music way better than I did. But mostly, he knew his bullshit dreams, got swallowed by them. That need to be adored, far outweighing his desire to give. That’ll kill you every time one way or another. Anyway, David Bowie’s Rock’n’roll Suicide contains all that, and more, the sublime climax to one of the very few albums that I still listen to in its entirety. I wouldn’t say it’s perfect because nothing is, but holy sh**, Ziggy Stardust and The Spiders From Mars gets damned close to that particular impossibility.” (Philip Random)

“Frankie Teardrop is probably the one track on this list that I’ve listened to the least, because who f***ing needs it on repeat? Yet we do need such stuff sometimes. Because violence is in our nature and it’s seldom been so viscerally expressed as it is here. No great surprise that it came out of 1977, the year Punk properly broke. Not that Suicide were punk. They were their own genre altogether. And political as hell if only for the full on howl of Frankie Teardrop, young man with a family, just trying to survive, but he’s not gonna make it, he can’t make the payments … and don’t fool yourself, we all know Frankies, perhaps as near as the closest mirror.” (Philip Random)

“I had heard of Joy Division before the big deal suicide – I just hadn’t heard any of the music (sound traveling much slower before the internet). And meanwhile, I was dealing with a close personal suicide of my own, ex-friend James. So I was abundantly clear on one thing: suicide wasn’t cool, wasn’t romantic, wasn’t meaningful, wasn’t anything but a dire, miserable fact. So when word came down that the lead singer of this cool new band had offed himself, I just wasn’t interested, particularly as a sort of cult grew around him. ‘Badfinger had two suicides, so they’re twice as cool,’ I was guilty of saying. And guilt’s the word, because I was wrong. Not about the romanticizing of suicide, but about shrugging off the fierce grace of Joy Division‘s music. Nothing could negate that. Ever.” (Philip Random) 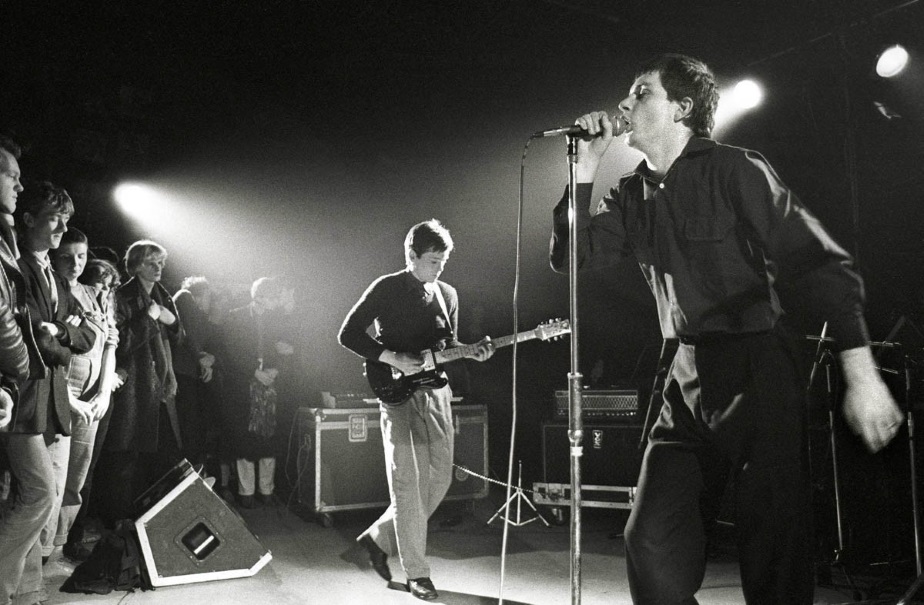 Second of two in a row from the Swans, 1988 being the year that they gave us not one but two covers of everybody’s favourite suicidal love song, both actually quite good. Jarboe‘s version gets the nod here, because she’s got the nicer voice, and it’s more gentle. And we definitely needed some gentle niceness by the time 1988 landed, Winter of Hate in full effect. Not that Love Will Tear Us Apart could ever be mistaken for a song bereft of cataclysm. 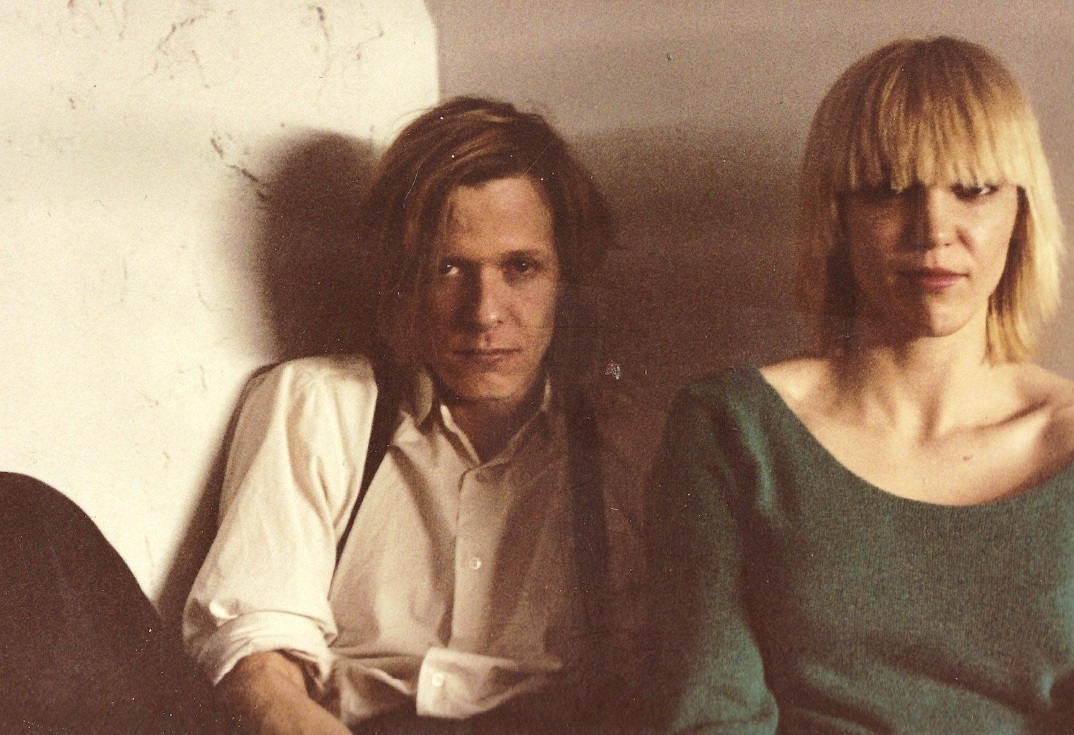 “The first thing I heard about Joy Division was that they were a cool new band out of Britain who were doing a sort of new wave meets The Doors thing. Which sounded cool. The next thing was that their lead singer had killed himself. But good luck getting to hear any of the actual music. Local rock radio wasn’t playing any of it and whatever few dozen of their records that may have made it to town as imports were quickly scooped up by people far cooler than me. So it was all just mystery for a long time until I finally heard Decades on a mixtape in some guy’s car – as suitable an epitaph as anyone ever wrote for themselves. And strangely, it’s almost exactly what I expected. Dark and strange and heavy with mood just like Jimbo the Lizard King and his crowd, except the edges were harder, the lines cut sharper. Like nothing I’d ever heard before really, except perhaps in my dreams. I guess I liked it. I’ve never really stopped listening to it.” (Philip Random) 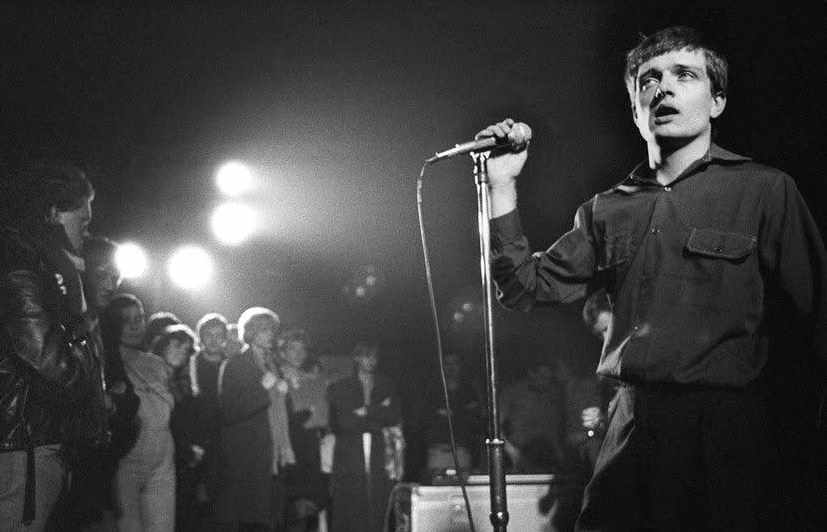 “I never much bought into all the death cult stuff, the young artists who were just too pure for the world, or whatever. I guess I feel it’s the living we should focus on, the ones still dealing with it (whatever it even is) rolling with it, not ending it, intentionally or otherwise. Or as a stoned friend once put it of Jimi Hendrix, I prefer the stuff he did before he died. Which gets us to the only Nick Drake selection on this list, the only one I heard before I had any idea of why he was so damned important. True he was already long dead when I first stumbled upon Northern Sky via the Great Antilles Sampler (the 1980s sometime), but I didn’t know that. I just liked the song and it how it served the album’s overall eclectic flow – from folk to pop to free jazz to full-on experimental avant-everything. Music worth living for, goddamit.” (Philip Random) 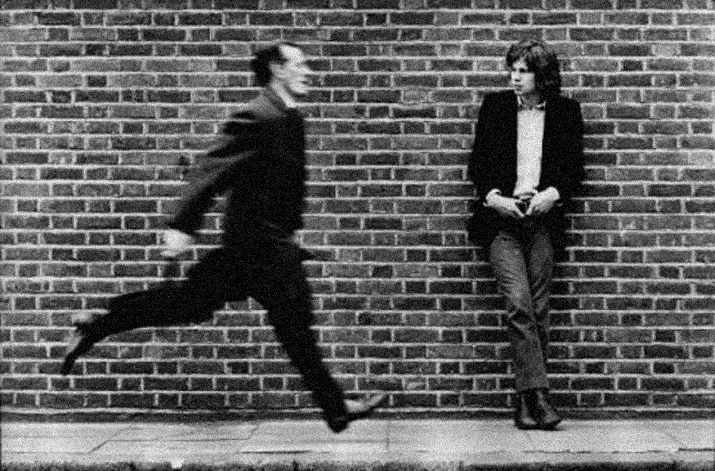 “I discovered Barclay James Harvest during my mostly lame teenage years when I was doing everything I could to avoid punk rock (for mostly lame, late teenage reasons). This tendency led me down a lot of dubious roads, but as is always the case with music – there was gold to be found. In the case of Suicide? (found on 1976’s Octoberon), that would be not just the song itself (epic and sorrowful), but also the extended coda wherein binaural recording techniques are employed to give a visceral feel for what it’s like to hurl yourself off the edge of a building, achieve terminal velocity then SMACK … unto whatever happens (or doesn’t) next.” (Philip Random)

“Badfinger were supposed to be the next Beatles. Hell, some people thought they were the Beatles, signed as they were to Apple Records and showing a penchant for strong melodies and harmonies, and no fear of rocking out if required. In which case, Name of the Game would have been one of Paul McCartney’s songs, sad, beautiful, perhaps even meaningful. Maybe too meaningful in Badfinger’s case, as Pete Ham, the guy who wrote it, killed himself four years after its release (age twenty-seven) due, it seems, to deep despondence at the trajectory of the band’s career. Eight years later, fellow band member Tom Evans would do the same.” (Philip Random) 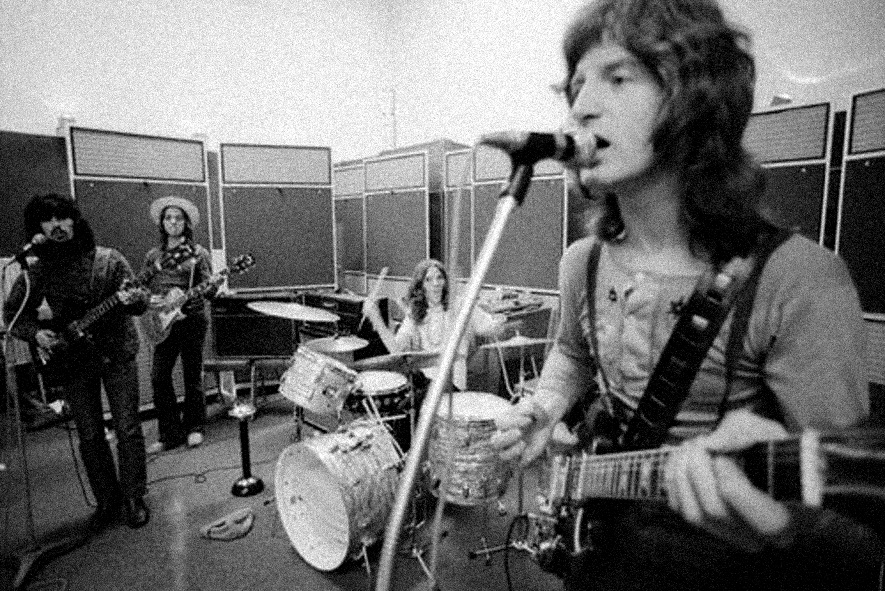